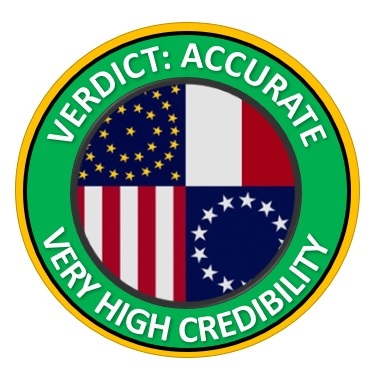 WHAT DOES THE ‘LEGALITY’ OF THE INSTITUTION OF SLAVERY MEAN?

Legality means whether the institution of slavery is legal or illegal to practice in a State. Prior to the American Revolution, Colonies, where slavery was legal, established codes to regulate it. In 1691, the Province of South Carolina copied the Jamaican codes of 1684. The South Carolina slave code served as the blueprint for the other English colonies in North America. The codes followed the States through the Articles of Confederation to the Constitution. As time progressed, politics changed. Under the Constitution of the United States, some of those same States, where slavery was legal, abolished the practice of the institution. New York abolished slavery in 1827 and Maryland in 1864. Prior to the War of 1861, the States had the ability to establish, administer and abolish slavery. The result of War ended the institution with the ratification of the 13th Amendment; Meaning all States in the compact, even those coerced back, agreed to make the slavery illegal to practice. The question, over the legality of slavery, for some States was made for them by the very agent which they had created.

Rugemer, Edward B. (2013). “The Development of Mastery and Race in the Comprehensive Slave Codes of the Greater Caribbean during the Seventeenth Century”.

I performed a KEYWORD search on the following terms in the Constitution of Confederate States: SLAVE, SLAVES, SLAVERY, SLAVEHOLDING, STATES, LEGALITY and DELEGATED.

FACT: The term ‘legality’ is not mentioned in the Constitution of the Confederate States.

FACT: Delegated is mentioned TWICE. “Delegate’ means I’ve chosen you for a role, but I maintain ownership. When you are hired to do a job, responsibilities are ‘delegated’ to you; YOU don’t own them. your employer owns those responsibilities. From the other side, if you hire an employee, you delegate responsibilities to them, but you OWN the job or position. When that employee leaves, you resume the powers delegated from the former employee. Under Article 1, Section 1, the powers of the Congress of the Confederate States, are ‘delegated’ from the States who OWN them. Legislature powers which can be resumed from the Congress of the Confederate States at anytime. The second use of the term ‘delegated’ is used to describe the legislative powers not outlined in the compact are responsibilities still handled by the State under Article 6, Section 6; These powers are also described as ‘reserved’.

FACT: Slave is mentioned TWICE. In Article 4, Section 2, Paragraph 3, Congress is required to deliver up escaped ‘slave’ and protects the right in property in negro slaves to individuals who have a ‘slave’ escape or travel to another State or territory.

FACT: Slaves is mentioned SIX times. Once in Article 1, Section 2, Paragraph 3 where ‘slaves’ are to be used as a component to calculate the number of Representatives in the federal House of Representatives, direct taxes levied and members to the Electoral College who elect the President. In Article 1, Section 9, Paragraph 2, Congress is empowered to stop “the introduction of ‘slaves’ from any State not a member of, or Territory not belonging to, this Confederacy.”; Meaning slaves could not be introduced from States in a different compact, like those of the United States. In Article 1, Section 9, Paragraph 4, Congress shall pass no law “denying or impairing the right of property in negro ‘slaves'”. Twice the condition of ‘slaves’ is mentioned in Article 4, Section 3, Paragraph 3 which prohibits Congress to take property from any individual moving among States within the Confederacy. Lastly, Congress is required to protect an individual’s right of property movement in negro slaves from moving from Territories-to-States and States-to-Territories within the Confederacy under Article 4, Section 3, Paragraph 3.

FACT: Slavery is mentioned ONLY ONCE under Article 4, Section 3, Paragraph 3. Where the State’s agent, the general government, is required to protect the institution of ‘slavery’ for the individuals who wish to practice it in the territories.

FACT: Slaveholding is mentioned ONLY ONCE. In Article 1, Section 9, Paragraph 1 forbids Congress to allow “the importation of negroes of the African race from any foreign country other than the slaveholding States or Territories of the United States of America” … and requires Congress “to pass such laws as shall effectually prevent the same.”

LINK: The Constitution of the Confederate States

The Legislature is empowered to prohibit the future emancipation of slaves.

The State of Alabama

On August 31, 1865, the radial Republican delegates assembled in Montgomery to write a new constitution for a war-torn Alabama. Following guidelines established by President Andrew Johnson, the radial Republican, among other things, made the practice of the institution of slavery illegal by issuing an ordinance to that effect. The creation of this ordinance by the State of Alabama proves the permanent compact of the Confederacy left the question of the legality of the institution of slavery to the States.

Why is this FACT important?